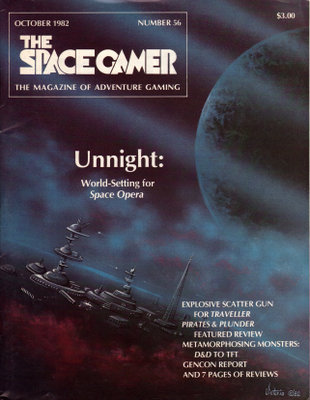 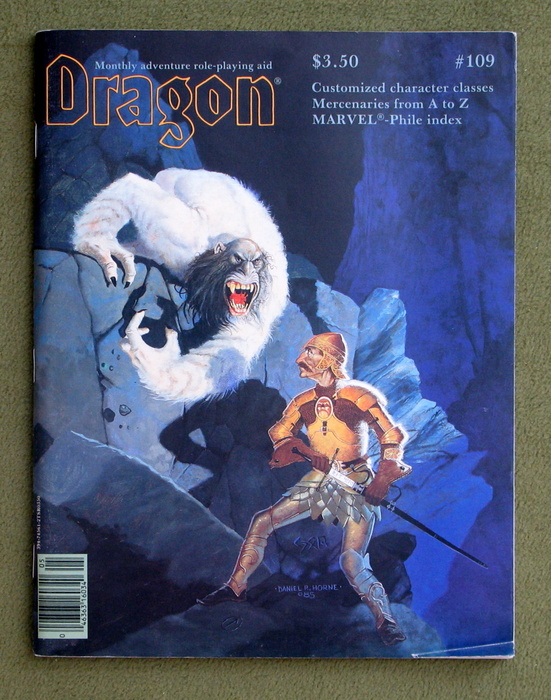 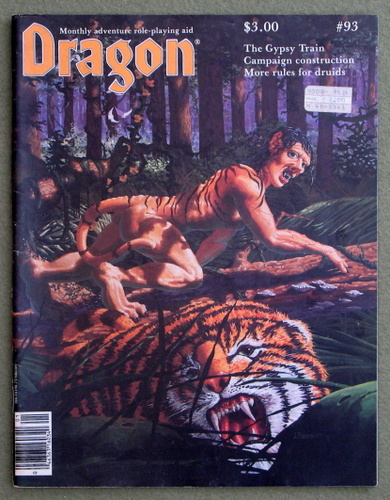 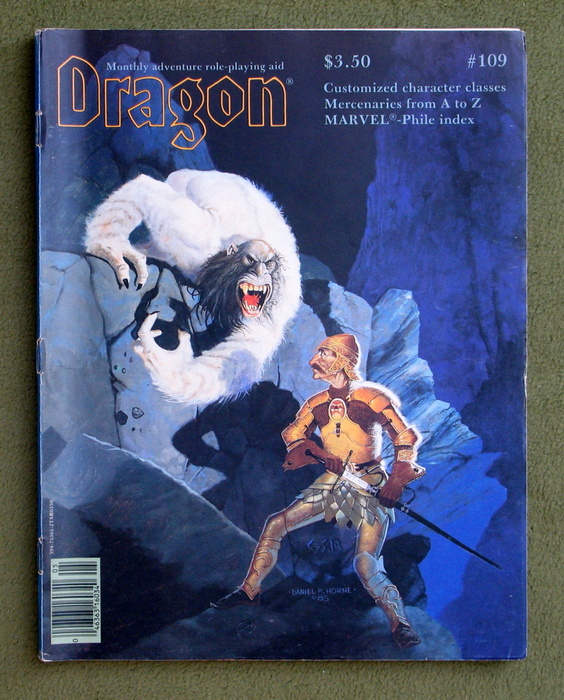 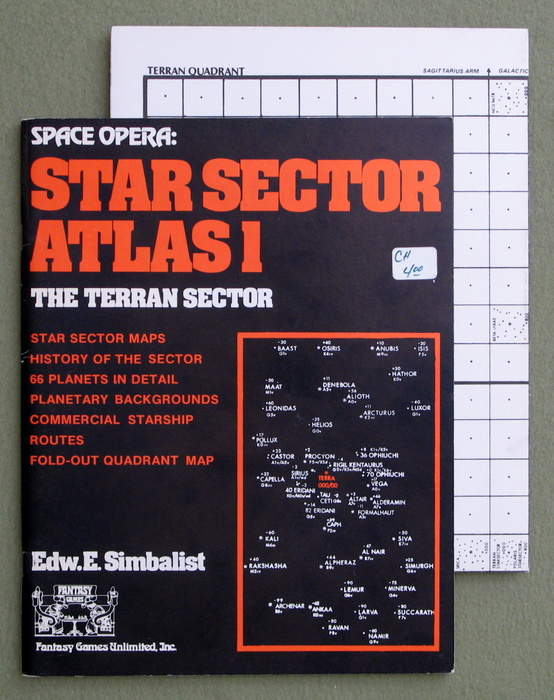 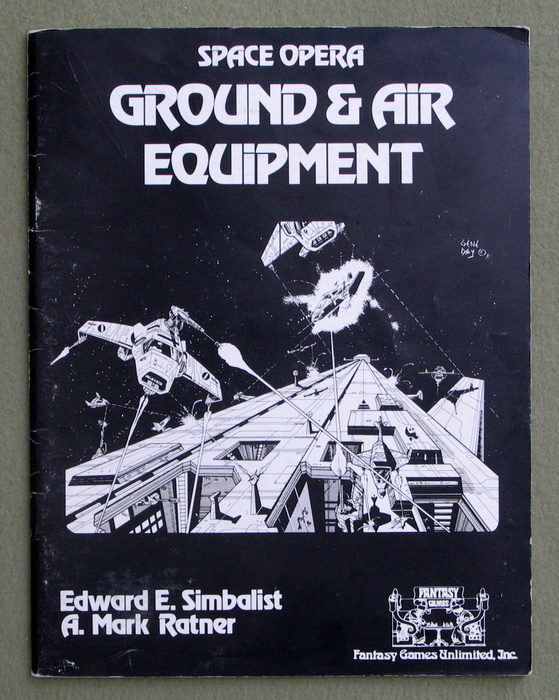 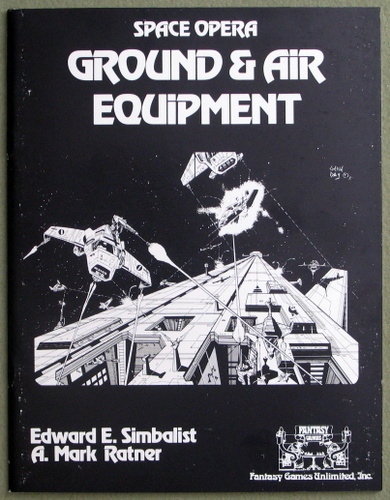 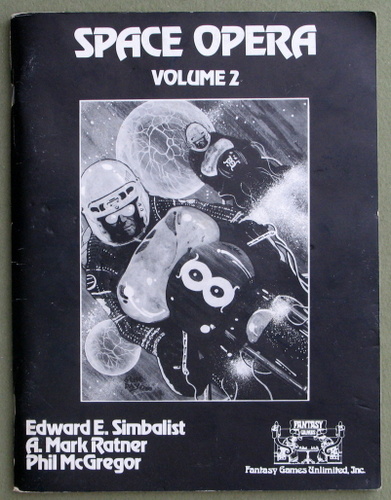 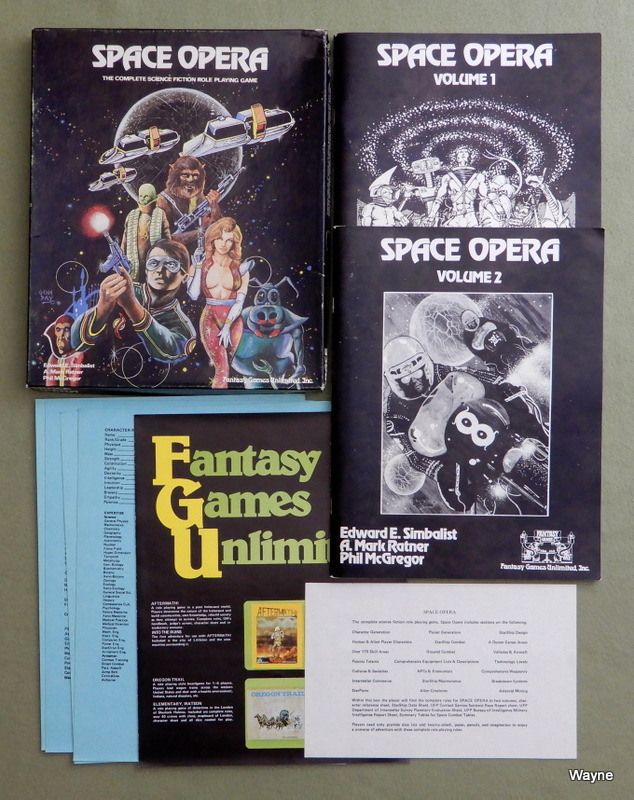 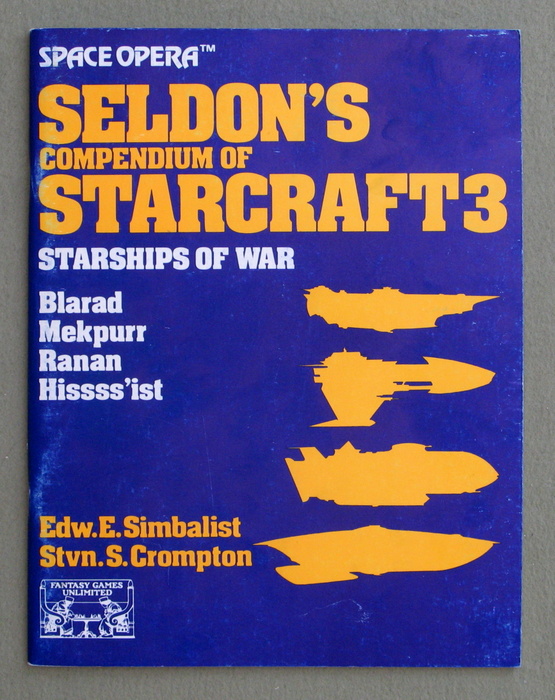 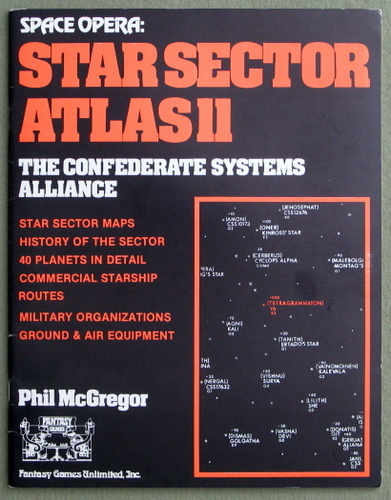 Glossy cover, little wear. ~ Atlas 11 is from the Australian based campaign of Phil McGregor which saw the Rebel Humans in a fight for freedom against their Korellian oppressors. ~ 46 pages View more info 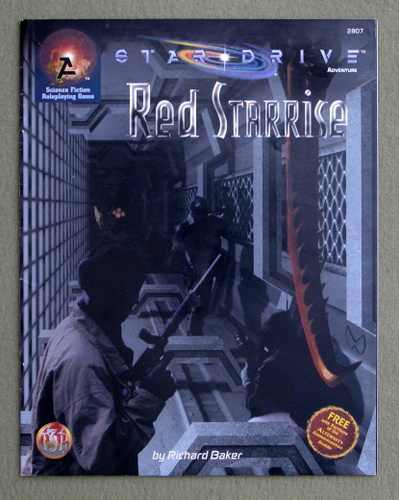 Good+ condition. Glossy cover, moderate wear. ~ An ALTERNITY adventure that serves as a prelude to the STAR*DRIVE campaign setting. This spine-tingling, far-future space opera is designed for level 1 heroes and is a great introduction to the ALTERNITY game. ~ 16 pages View more info 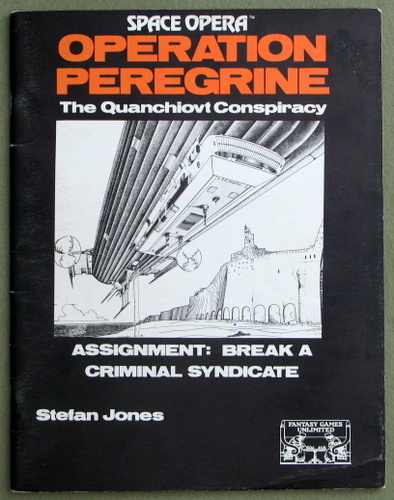 Spine, cover wear. Unmarked inside. ~ A religious leader is kidnapped and the trail leads the adventurers through a variety of worlds on the track of a syndicate. Criminal masterminds running illegal drugs and operating production facilities on many worlds are involved. The player characters will find that their foes will stop at nothing, even disrupting the annual Sky Cruiser Race on Grutzom. It all makes for an exciting, multi-part adventure of danger and intrigue. Also included in OPERATION PEREGRINE is a complete quadrant of a star sector. ~ 36 pages View more info 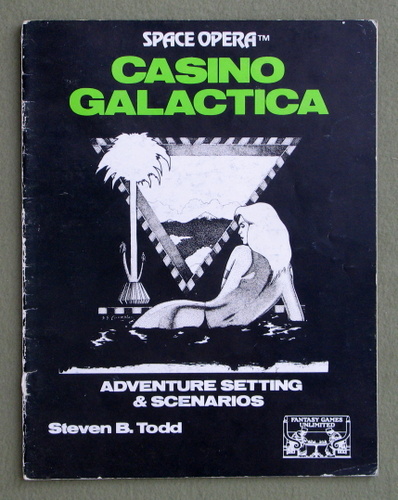 By: Steven B. Todd

Worn. A Play copy. ~ A complete adventure setting outlining an entire luxury resort complex with hotel, casino, entertainment facilities, shops, and sports related facilities on the grounds. Descriptions of non-player characters fill out the Casino Galactica complex as these account for the notable members of the resort staff and even notable guests currently at the resort. Several scenario outlines are provided to assist the StarMaster in generating adventures within this setting. These adventures arc appropriate for players of virtually all professions and races in the Space Opera universe. ... View more info 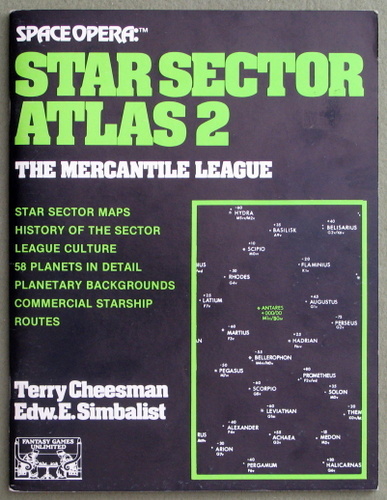